Product Development Project is one integrated interdisciplinary course and aims to help students from different educational backgrounds and countries understand the quality of his or her own design, engineering, or marketing skills and the potential and the challenges of interdisciplinary teamwork, cultivate them to be able to carry out PD tasks by using both traditional and modern methods and tools and deliver high quality oral and written reports and make students prepared for negotiation situations, to deal with agreements, NDA’s and IPR’s.

The course (covering Phase 1 and Phase 2) lasts the whole academic year and is sponsored by one or more domestic and foreign companies/organizations. It has been proved to be one of the most successful and valuable courses after previous experiences in the 2011-2012, 2012-2013 and 2013-2014.

Sharping (PdP/Audi)
Audi J7 – Development of a Vehicle Concept for a Premium People- Mover and its Use Case. The German premium car maker Audi has no large vehicle on the market which is able to transport seven passengers with enough space. Team designed a vehicle to provide a premium business or family transportation solution for the year 2025. The car is equipped with innovative features and it comes with a car sharing concept.

Team Kool (PdP/Haier)
Concept of modular fridge was developed to meet the future needs of young people living in China. Modularity gives the consumer freedom of moving the fridge as well as adjusting the size according to the dynamic needs of changing life situations. The new generation fridge concept considers the wide user experience and expand the services around the fridge. Design your own!

Bed Bug Kill (PdP/Aalto University)
Finns go to sauna and enjoy immensely the 80-degree heat revitalizing our body, don’t we? Guess what: bed bugs don’t. They die once temperature hits 52. Unfortunately, they aren’t much of sauna enthusiasts. Instead, they have been growing by the millions into a worldwide problem. Pesticides aren’t working and health risks are rising. The independent startup- minded team BED BUG KILL has developed a smart and kill- proof heat technology for the travel industry to kill bed bugs around the world.

PDP Projects 2012-2013
Academic year 2012-2013 brought together interdiciplinary students from China, Finland, Sweden, Germany, Greece and Netherlands to generate ideas in ATDF, struggle with unknown problems in China, build the prototypes and have fun together. As an outcome for these projects, three functioning prototypes were manufactured in different cities in China, presented in Shanghai, Espoo and Osaka and showcased to all visitors here at ATDF.

In three global projects sponsored by Biolan, Metso and Panasonic, we had Project Managers from Tongji University, Aalto University and Chalmers University. Metso project was to build a noise reduction solution for a specific part of the paper mill. In ATDF Shanghai, five project members worked with Chinese project manager in manufacturing issues while the core team was located in ADF Espoo. The result and manufacturing methiods satisfied everyone from sponsors and stakeholders to Design Factory people, especially how inexpensive the manufacturing of the final product would be in China.

Other two projects, Biolan and Panasonic had their whole teams in Shanghai. Biolan’s project was lead by Finnish project manager and experienced the most variation during the year. Task was to design a home gardening product for Shanghainese customers, which brought out several ideas from pocket garden and Mao composter to Flower Tower with detachable flowerpots and a watering system. The outcome works with a wicking chore (pat. pending).

Panasonic project is a beautiful example on how to design, customize and build breakthrough and life-enhancing solution for improved indoor air quality in urban China. Project team with Swedish project manager, Japanese sponsor and Chinese, Finnish and German students tested the different solutions and managed to build an air purifier with a transparent touch screen to control the indoor air quality. 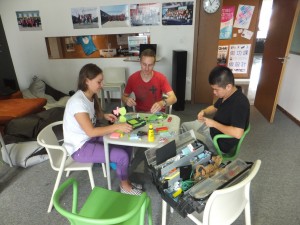 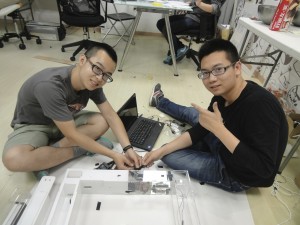 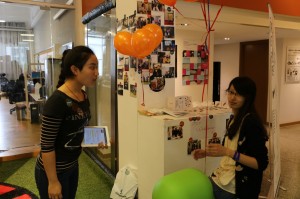 PDP Projects 2011-2012
During the academic year 2011-2012, two projects provided and sponsored by different companies BIOLAN (on Urban Farming) and Outotec (on Future Lighting Solutions for Industrial Environment) were conducted partly inChinaand partly inFinland. What the students have achieved were the prizes ‘ the Best Manager of the Year’ inFinlandand the high praises from the sponsors. 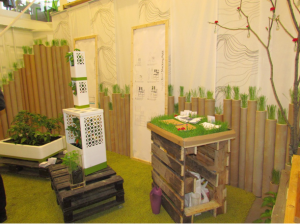